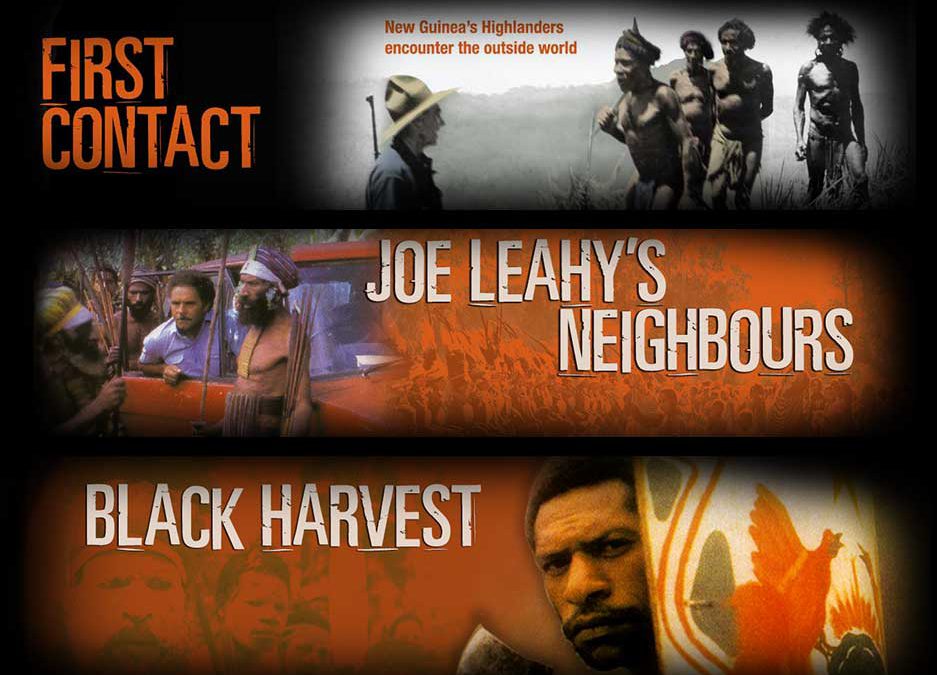 Viewers can now see this multi-award winning documentary series streamed to rent or own.

Set in the Papua New Guinea Highlands and shot over 10 years:
First Contact (1983), followed by Joe Leahy’s Neighbours (1989) and Black Harvest (1992) have won 30 national and international awards, including an Academy Award® nomination for First Contact.

“ ….a documentary classic and one of the great achievements of Australian cinema. It comes as close to perfection as any work by Australian filmmakers… a work of art as well as a dazzling exercise in anthropology and journalism.” – Neil Jillett, Chief Film Critic, Melbourne Age